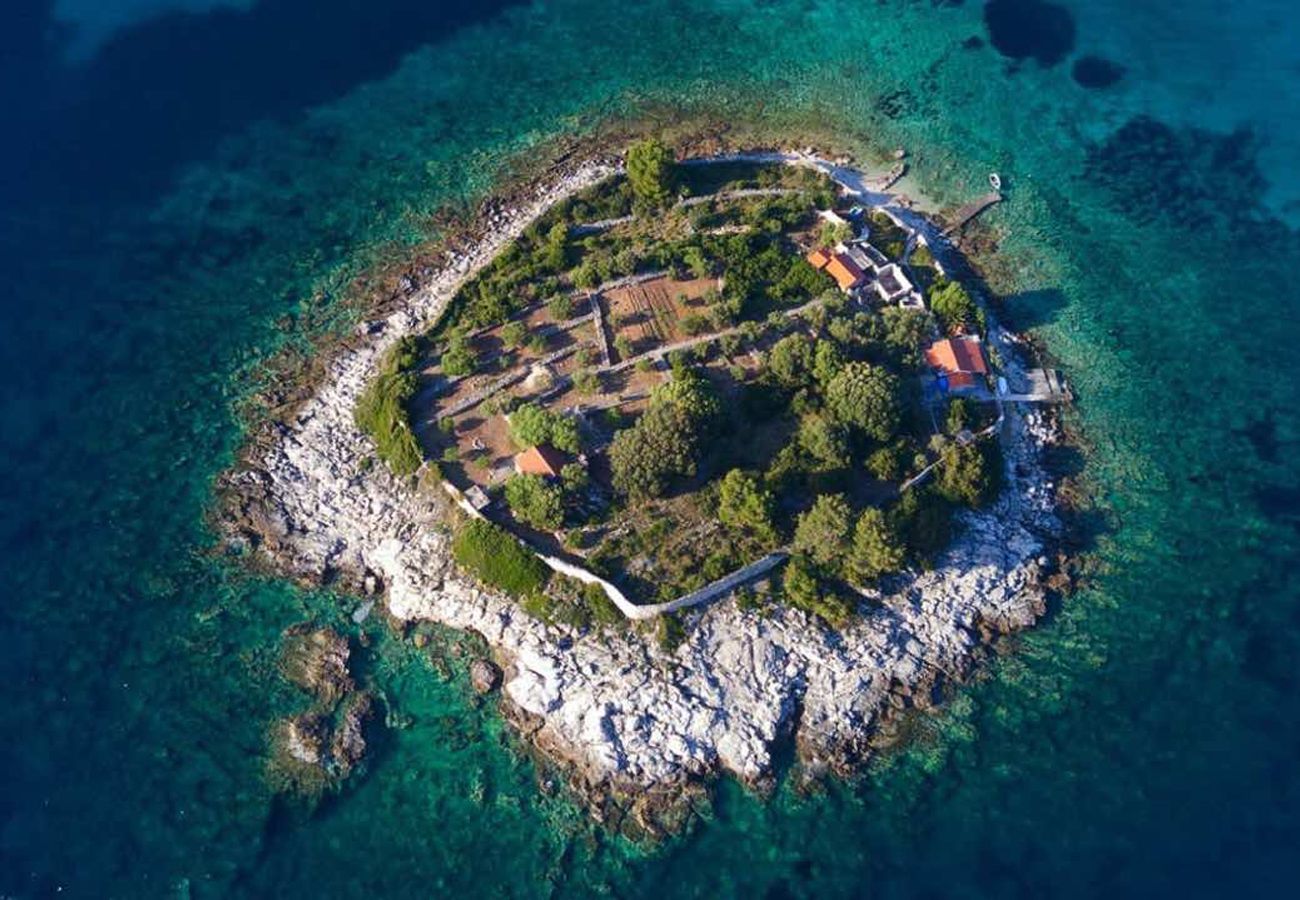 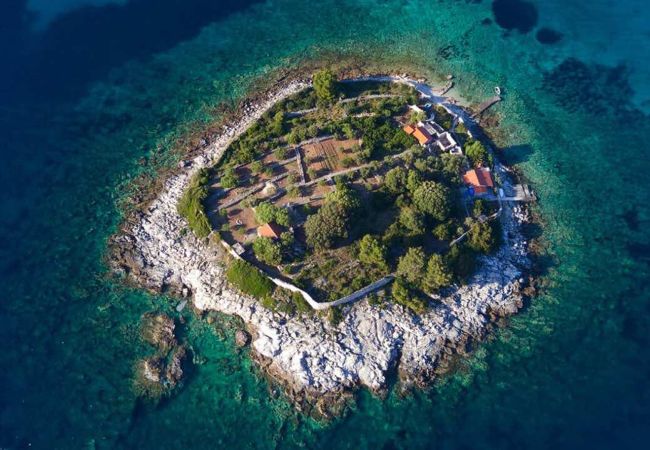 Gubesa is an island with a bit bizarre name (Leper’s island), that does not correspond to a perfect islet at all. With almost circular ground, and diameter of just over a hundred meters, Gubesa once was a wealthy Roman's mansion.
The island is situated on the western side of the Gradina lagoon covered with dense, aromatic and medicinal Mediterranean plants, together with olive trees that have been on the island since the Roman times. The Romans have recognized exceptional beauty of Gubesa's posture, so in the period shortly after the birth of Christ they have built a magnificent country mansion to enjoy island's beauty and solitude. The foundations of mansion’s walls, cisterns and numerous fragments of various ceramics, especially amphora, can still be seen around Gubesa. There are also still visible parts of the Central heating system and cubes of mosaic tiles that are scattered around surrounding dry walls and terraces of island Gubesa. All this fragments are testimony of quality of Roman's country life.

Until recently, the whole island was cultivated and planted with grape vine. Today it is a true Robinzonian oasis with a total of three occasionally inhabited houses. Originally all houses had a fishing-farmhouse design for the acceptance of modern nomads who give priority to intact nature and unmanageable environment in regard to mass tourism facilities that have filled the coast.
Gradina bay with view on Gubesa island

As a curiosity it should be noted that in this unique and inspirational environment, several musical successes have emerged, which over the years have been at the very top of Croatian's music top lists such as: Zemlje dide mog, Kad mi dodeš ti and Ne diraj moju ljubav.

And, at the end, let's not forget that lonely islands with the remnants of older buildings have been regularly called by the local residents Gubesa, Gubavac (Leper's island, Leper etc.) Little bit unfair for such a perfect island surrounded with deep blue sea and peaceful summer sounds where a man can try to understand how Robinson Crusoe, famous book character felt, when he had whole island only for himself.
More Details
Hide Details

- No smoking
- No pets allowed

From the booking date until 61 days before check-in, cancellation would have a penalty of 25% of the total price of the rent.

In case of cancellation the following charges will apply: